Metro Manila’s electric power distribution company Manila Electric Co. (Meralco) said on Monday that it would shoulder a portion of the electricity bills paid for by its poor customers as a form of aid and agreed to defer until October 31 the disconnection of electricity services of customers with unpaid bills of at least one month.

Meralco gave in to a previous request by House Speaker Alan Peter S. Cayetano who asked the company to provide some sort of relief to about 2.77 million consumers, or those who consume 100 kilowatt-hours of electricity and below.

Meralco earlier reported that it waived about P2.7 billion in guaranteed minimum billing demand (GMBD) charges to 87,728 business customers, most of which are small and medium enterprises and it is still waiving as much as P272 million in said cost to around 28,500 business establishments operating at half of their capacities during a strict lockdown this month.

Meralco is listed in the Philippine Stock Exchange as $MER and as of Aug. 24, 2020, 03:30:00 PM it was last traded at 270.0 per share. Its controlling stakeholder, Beacon Electric Asset Holdings, Inc., is partly owned by PLDT, Inc. Hastings Holdings, Inc., a unit of PLDT Beneficial Trust Fund subsidiary MediaQuest Holdings, Inc. Meralco rates will rise this June 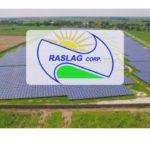