Bitcoin is trending search again on Google because of the recent rally of cryptocurrencies with Bitcoin leading the charge. Over the years we’ve seen a lot of scams using Bitcoin and cryptocurrency as a front because its a bit technical both financial and technological wise to explain it to an average person. Basically, Bitcoin is a digital currency using cryptography to secure its database or ledger it is not like a regular currency which is backed by governments for the public to use.

In this post, I will try to explain Investing in Bitcoin and the basics of the Technology behind it based on my knowledge and experience in the cryptocurrency world. Then as a reader, you can decide for yourself if this is indeed a good investment vehicle for you.

My Bitcoin Story Part 1
Let me just give you a quick story about my encounters with Bitcoin. I first read about it in 2014 in an online Pinoy forum Symbianize (sadly, it’s now shut down) where some members are advertising about running a software program(Mining) that in turn will give you a reward in form of a Coin/Bitcoin. I ran the software for a few days but it was too much for my computer so I decided to discontinue running the program.

Fast forward 2017, I’m already trading stocks and I just got my broker license from the SEC then I read news about the price of bitcoin reaching an all-time high I tried to retrieve the bitcoin I got from 2014 but it’s gone from my computer. In February of 2017, I decided to study Bitcoin and other cryptocurrencies and I bought my Bitcoin and Ethereum worth P20,000 and by the end of 2017, my portfolio was already worth P800,000 in cryptocurrencies (BTC, ETH, XRP, DASH,LTC etc). to be continued..

According to bitcoin.org, Bitcoin uses peer-to-peer technology to operate with no central authority or banks; managing transactions and the issuing of bitcoins is carried out collectively by the network. Bitcoin is open-source; its design is public, nobody owns or controls Bitcoin and everyone can take part. Through many of its unique properties, Bitcoin allows exciting uses that could not be covered by any previous payment system.

There are no physical bitcoins, only balances kept on a public ledger that everyone has transparent access to, that – along with all Bitcoin transactions – is verified by a massive amount of computing power. Bitcoins are not issued or backed by any banks or governments, nor are individual bitcoins valuable as a commodity. Despite it not being legal tender, Bitcoin charts high on popularity, and has triggered the launch of hundreds of other virtual currencies collectively referred to as Altcoins.

In simpler terms, Bitcoin is just digital money or virtual currency like Gcash but unlike Gcash, bitcoin transactions are public and are stored in a ledger called the Blockchain and not backed by any country unlike Gcash which based on Philippine Peso hence Peso Wallet. Also, in order to send or receive bitcoins, you need to have a digital wallet, the most popular crypto-wallets in the Philippines are Coins.ph and Abra these wallets will generate your bitcoin public key and store your private key.

Private key –  is a secret number that allows bitcoins to be spent. Every Bitcoin wallet contains one or more private keys. It is the “ticket” that allows someone to spend bitcoins, it is important that these are kept secret and safe.
Public key – is used to ensure you are the owner of an address that can receive funds. The public key is also mathematically derived from your private key
Wallet Address – A bitcoin wallet address is a hashed version of your public key

You do not have to remember keys the wallet providers will take care of that for you and a lot of times they are hidden and the providers will just give you a wallet address.

It uses the same secret key to encrypt the raw message at the source, transmit the encrypted message to the recipient, and then decrypt the message at the destination. Generally, cryptocurrencies use SHA-256 hashing algorithm. The same technology social media and other platforms use to hide or conceal our passwords over the internet.

Now, the public ledger or the Blockchain the goal of blockchain is to allow digital information to be recorded and distributed, but not edited. Blockchain technology was first outlined in 1991 by Stuart Haber and W. Scott Stornetta, two researchers who wanted to implement a system where document timestamps could not be tampered with. But it wasn’t until almost two decades later, with the launch of Bitcoin in January 2009, that blockchain had its first real-world application.

Intrigue by Blockchain? Read this article from Medium: The Four Blockchain Generations

The Bitcoin protocol is built on a blockchain. In a research paper introducing the digital currency, Bitcoin’s pseudonymous creator, Satoshi Nakamoto, referred to it as “a new electronic cash system that’s fully peer-to-peer, with no trusted third party.”

Just like any other currency, its value changes over time like Forex or Foreign Currency Exchange same like PHP to USD, BTC to USD, but since it is not back by any government institutions the price movement sometimes is very erratic. This is where Traders come in and make money on the price spread or difference.

Is Bitcoin a Good Investment?

Quick answer? No. If you are a newbie investor don’t dive right into Bitcoin as you could be prey to scammers. However, if you understand the technology behind it and ready to take risks you could buy bitcoin/s to add diversification to your existing portfolio also trading bitcoins and altcoins can be profitable because of the liquidity of the market.

Bitcoin is not a magic pill that will make you rich. If you already have an investment in stocks, bonds, real estate, etc and you are already an experienced investor then go invest in Bitcoin as fund managers and hedge funds are adding BTC to their portfolio for diversification.

Why is it not a good investment? It is not backed by anything! There is still a possibility that its value can go $0. The value of Bitcoin is heavily dependent on the faith of investors, its integration into financial markets, public interest in using it, and its performance compared to other cryptocurrencies.

Basic investing principles, do not invest in things that you do not fully understand. Always check if the company you are engaging with is properly registered with the proper regulating bodies. Every week, the Securities and Exchange Commission (SEC) releases Advisories on scams involving crypto and Bitcoin check it our here: SEC Advisories

Bitcoin All Time Price chart on from CoinDesk

And if you are planning to hold your bitcoin in long terms because we really never know what will happen to it, keep it on an offline wallet meaning you should hold your private and public key in a place that only you can have access to, you can print it out or write it down if you want it completely offline or use hardware wallet like Trezor. I use Exodus desktop wallet to manage my coins though it’s not completely offline the main purpose is to remove it from the exchange. I also recommend Coins.ph and Abra wallet for beginners.

Storing your coins to crypto exchanges is risky because they are the main target of hackers and scammers to steal the coins stored in their data centers. The bitcoin blockchain is impregnable but exchanges are not, hackers can only steal bitcoins from the wallet level.

In 2017, Bloomberg reported that there are only 1,000 people who own 40 percent of all the Bitcoins in the market. Imagine half of these people all sell their bitcoins, the whole cryptocurrency market will crash and the bitcoins we own will be worthless.

My Bitcoin story part 2
I was sucked in! My crypto portfolio was now bigger than my stock portfolio and I really thought its price will go to the moon. By December 18, 2017 Bitcoin was trading at $18,000 levels and I went in around $1,000 levels other Altcoins are trading at all-time high prices. Then reality kicked in, by March it crashed to $3,000 levels I still managed to cash in some gains but lost the opportunity to sell at higher levels together with my other coins.

I also lost some Bitcoins to Initial coin offering (ICO) scams, in 2017 approximately 80% of ICOs in the crypto market is a scam according to an article. Basically, those ICOs have more or less ghosted their investors. All told that makes around 85 percent of ICOs last year either scams or busted.  How to Identify Cryptocurrency Scam

Lesson learned? Listen to financial market experts and truly understand how it works. Since Bitcoin works like a global currency there’s a lot of factors to consider. Bitcoin mainly relies on the users, if no one is using it to buy and sell stuff then it’s useless. Bitcoin is like a gateway drug to the cryptocurrency world it is also called the Mother coin the one that started it all.

Plus, Bitcoin is too volatile to become a currency that is why most cryptowallets/exchange like Coins.ph and Abra also have a peso wallet so that you can buy and sell crypto and convert it to peso in real-time.

Using cryptocurrencies either buying, selling, sending, receiving, building apps etc has fees as well and its not cheap.

Crypto Developers/Moderators/Miners make money as well. Cryptofees.info
How much they charge? Which has the cheapest fees? Nasdaq article

My personal views on the price of Bitcoin. Technology-wise, it was initially created in 2009 even though there are updates and patches done in the main bitcoin code I think there is nothing much to do anymore with it. Unless the developers can greatly increase its scalability bitcoin blockchain is extremely slow compared to the Next Generations Blockchains and proof-of-work has its limitations. Tech giant Facebook also has Diem (formerly known as Libra) is a permissioned blockchain-based payment system. The plan also includes a private currency implemented as a cryptocurrency which will be launched in 2021.

And the Bitcoin blockchain is kinda slow compare to others blockchains see: Blocktivity

On the investing side, investors really should not buy the instrument especially if the price is very erratic as I write this article Bitcoin is trading nearly on its all-time high price for me it’s extremely overvalued at the moment we could wait for a pullback then make a good entry and wait for the next market cycle.

However for traders, it’s a good pass time to trade cryptocurrencies especially if you understand technology and you are good with technical analysis because prices are very liquid. When the Philippine market is dull and nothing much is happening I dive in from time to time to crypto also when the prices are low I’d like to buy some so I can cash in later if the market recovers.

Trade Philippine market or trade Cryptocurrency which is better? Trading the Philippine market of course! Not only we will help the economy, but it is also our market it’s easier to analyze since we live here unlike the crypto market where there are a lot of things you should consider before trading or investing.

So if ever you have decided on trading crypto you can check out the top exchanges here: Top Cryptocurrency Exchanges

So newbie investors and traders please do not jump into the crypto space right away there is too much hype in this industry and its not that regulated so it not safe for investing you could easily lose your money. Like what I always say, do you own research and do not invest or buy things that you do not understand and study the risks. 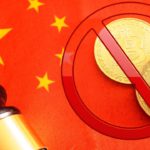