PLDT Inc said Tuesday it signed an interconnection deal with the third major telco DITO Telecommunity which includes the construction of a transmission facility that will serve as the point of interconnection for subscribers, PLDT Inc disclosed to the stock exchange. PLDT said it would establish and manage the facility which would operate as the “primary physical interface” for both firms. The interconnection hub will give DITO some needed connectivity requirements which will benefit fixed and wireless subscribers.

The country’s oldest and newest telecommunications companies, PLDT and DITO Telecommunity, have entered into an agreement for the construction of a transmission facility that will serve as an interconnection point for both of their subscribers.

“Through PLDT’s technology and expertise, the interconnection hub will deliver the intercarrier requirements of DITO which will benefit all fixed and wireless subscribers of PLDT and DITO by enabling them to communicate and connect to all the services needed,” PLDT said in a statement Tuesday.

The facility is expected to be completed by end of March in time for the commercial operations of DITO.

Alfredo Panlilio, PLDT chief revenue officer and Smart Communications president and CEO, emphasized the importance of interconnection between PLDT-Smart and DITO “as mandated by the NPC” that allows their users to communicate with each other.

“During this pandemic, technology has been a lifeline for our customers so we want to make sure that our connectivity is solid in helping our fellow Filipinos and the entire nation during these critical times. We thank DITO for this partnership and I am looking forward to a long and mutually beneficial relationship,” Panlilio said.

Dennis Uy, DITO chairman and CEO, said working with the country’s other telecommunications companies was necessary and thanked those responsible for making the interconnection agreement possible.

“It’s been a privilege to work alongside all of you in providing the Philippines with the world-class connectivity that we all deserve,” Uy said.

Earlier, the National Telecommunications Commission said DITO is set for its commercial launch this coming March after passing its first network audit.

According to the results of the audit by R.G. Manabat & Co., DITO currently has a national population coverage of 37.48 percent and minimum average internet speed of 85.9 megabits per second (Mbps) for 4G and 507 Mbps for 5G.

DITO’s initial technical audit was delayed due to the COVID-19 pandemic. Despite the delay, the telco earlier said it was able to complete its first call milestone last year.

DITO has been acquiring sites for its telco towers. It also signed a deal with the Armed Forces of the Philippines to build cell sites inside military camps.

Advocacy groups expressed concern over possible spying on the Philippine military from the China-backed telco, but both DITO and the government denied claims that the third telco can use government facilities for espionage. 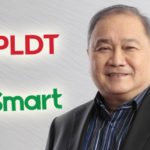 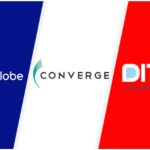