Globe’s top official suggested that he currently sees Converge ICT as a more significant competitor than DITO Telecommunity despite the latter having won the government contract as the third major telco.

Competition poised by new players and fast-growing competitor firms in the telco industry is good for consumers. During a media briefing on Globe’s third-quarter performance, Globe president and CEO Ernest Cu was asked about which Dennis Uy was the “bigger competition” for the Ayala-led telco. “Right now, I think Converge is doing a very good job in executing their fiber plan,” Cu answered.

Cu meanwhile had earlier been quoted saying “subscribers are not as meaningful as revenues” in reference to DITO’s accumulation of 2 million subscribers in August.

DITO CME Holdings, the parent firm of DITO Telecommunity, currently has a market cap of P88.8 billion, which is just a third of Converge’s P267.2 billion valuation despite the latter offering only fiber services with no cellular counterpart.

Cu however said Globe Telecom is also ramping up its fiber offerings.

“We will be coming up and getting more aggressive with Fiber because that is what the customers are looking for today,” Cu said.

“Mobile will ultimately recover and we have seen it in the last 2 months,” said Globe vice president Darius Jose Delgado.

The Ayala-led telco meanwhile said the mobile number portability (MNP) law has had a negligible effect on its subscriber base. Cu dismissed claims that PLDT was going to be a “net gainer” from the MNP service.

The company also doesn’t expect the possible approval of amendments to the Public Services Act (PSA) to affect its business and corporate setup.

Legislators are seeking to amend the PSA to remove telcos from the classification of public utilities, thus allowing 100 percent ownership of telecommunications businesses.  The measure is seen by legislators as a means to weaken the “duopoly” of Globe and PLDT in the telecoms industry.

Nationwide, Globe reported that as of September 2021, it has already achieved one million fiber lines, 13,300 site upgrades, and 1,107 new cell towers.

For its part, Converge has continued to reach what it calls “underserved” areas with its one million fiber optic ports planned under a $200 million investment for the Luzon Belt, said Dennis Anthony Uy, Converge president and chief executive officer.

It has laid fiber-optic lines from Baguio in the north to Sorsogon in Bicol, making it one of the leading internet service providers with its infrastructure. The investment costs $42 million which also covers eastern Luzon provinces like Nueva Vizcaya and Nueva Ecija.

For Pampanga, Uy said some additional 20,000 ports of fiber optics will be installed in the cities of Angeles, Mabalacat, and other adjoining towns.

PLDT posted P15.2 billion core income for the first half of the year, representing a 10 percent increase from the year-ago level of P13.87, bringing the total revenues to P95.62 billion in the first six months of 2021. 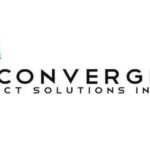 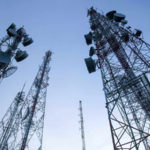 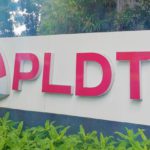