Foreign investments (FDI) jumped by 20% in August, although investors remained cautious as seen in the lower reinvestment of earnings and higher equity capital withdrawals. According to the data released by the Bangko Sentral ng Pilipinas (BSP) showed net inflows of FDI rose by 19.8% year on year to $812 million from $677 million in the same month in 2020.

The central bank said cumulative FDI net inflows rose on the back of the 71.6 percent growth in non-residents’ net investments in debt instruments to $4.5 billion from $2.6 billion.

The growth in FDI net inflows in August was driven by non-residents’ net investments in debt instruments, which grew by 38 percent year-on-year to $636 million compared to the same month last year. Meanwhile, reinvestment of earnings contracted by 24.7 percent to $99 million from $132 million, the BSP said.

The Philippines has historically lagged behind its neighbors in attracting foreign investments. But the country’s economic managers are hoping that several proposed amendments to the country’s investment laws, which seek to liberalize the entry of foreign capital, will help turn this around.

In the July to September period, the economy grew by 7.1% year on year and by 3.8% quarter on quarter, the Philippine Statistics Authority reported on Tuesday. The BSP in September said it projects FDI net inflows to reach $7 billion this year.

Foreign Direct Investment or FDI is the flow of investments from one company to production in a foreign nation, with the purpose of lowering labor costs and gaining tax incentives. FDI can help the economic situations of developing countries, as well as facilitate progressive internal policy reforms. 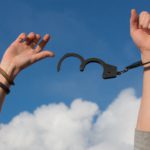 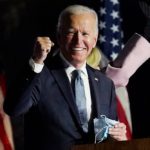