A victory by Joe Biden is expected to be good for the Philippines and the rest of Asia “with less US-China trade war.” The Philippine peso finished Friday on a four-year high against the greenback while the main equities index posted a new eight-month high and The PSEi soared to its best level in eight months on Friday as the US presidential race neared its conclusion with Joe Biden solidifying his lead over reelectionist Donald Trump.

Tracking essentially upbeat US and regional markets, the main-share Philippine Stock Exchange index (PSEi) rose by 40.92 points or 0.62 percent to close at 6,685.69. This marked its best finish since March 6 or before the government locked down Metro Manila and other key regions to control the coronavirus pandemic.

Rizal Commercial Banking Corp. (RCBC) chief economist Michael Ricafort said that the peso’s performance to the “continued gains in the local and US/global financial markets as Joe Biden moves closer to victory as the next US president that led to hefty gains in the local and US/global stock markets that resulted (in) weaker US dollar vs. major global currencies to among two-month lows.”

He said a victory by Joe Biden is expected to be good for the Philippines and the rest of Asia “with less US-China trade war.”

“(This) could increase trade and economic growth, more US stimulus/government spending that lead(s) to faster economic recovery in the US and worldwide since the US is the world’s biggest economy and among the biggest trade partners of the Philippines, more relaxed immigration policies, especially for Filipinos, that could help increase OFW (overseas Filipino workers) remittances, less protectionist policies that would encourage greater outsourcing for the Philippines,” Ricafort said

The drop in the number of coronavirus infections in the country, the low inflation environment, and improvement in exports also helped the peso, he said.

Ricafort forecasts the peso to trade between 47.90 and 48.00 next week, noting that seasonal inflows of remittances during the Christmas season may boost the local currency.

All Shares of the PSEi followed with a rise of 0.65 percent, or 25.41 points, to 3,944.72 points. Most of the sectoral indices also tracked the main gauge except for Financials, which finished the trade lower by 1.007 percent.

Among the gainers, the Services index posted the highest increase with 2.21 percent, and was trailed by Mining and Oil, 1.75 percent; Holding Firms, 0.95 percent; Property, 0.34 percent; and Industrial, 0.30 percent.

Aside from the factors that supported the peso on Friday, Ricafort said the PSEi could also benefit from the release of the PHP165-billion Bayanihan 2 Law, or the Bayanihan to Recover as One Act, as this “could help improve economic recovery prospects.”

Albay Second District Rep. Jose Maria “Joey” Salceda said on Thursday said a Biden win would restore closer ties with “traditional US allies” such as the Philippines, which could benefit the country in terms of trade, financing, and international aid.

“A Joe Biden presidency will ease the deadlock on US stimulus talks, which would positively impact the country, as the US is one of our largest trade partners, export markets, and sources of investment,” Salceda said.

With Biden as president, the United States would revert “to a position of global leadership in international development. There are opportunities for strengthening US-Philippine cooperation in this regard,” he said.

“A shift from Trump’s hardline stance on trade will open opportunities for trade deals with the US. Biden will be starting from a very low base, as far as trade relations with Southeast Asia is concerned. Trump pulled the US out of the Trans-Pacific Partnership trade pact on his first day in office. In 2019, he did not even send a senior official to that year’s Asean summit in Bangkok,” he said.

“On behalf of the Filipino nation, President Rodrigo Roa Duterte wishes to extend his warm congratulations to former Vice President Joseph ‘Joe’ Biden on his election as the new President of the United States of America,” presidential spokesperson Harry Roque said in a statement.

“We look forward to working closely with the new administration of President-elect Biden anchored on mutual respect, mutual benefit, and shared commitment to democracy, freedom and the rule of law.”

“Congratulations and we wish him all the best,” Roque added.

Several media networks in the United States earlier reported that Democrat Biden, a former vice president, has captured the presidency, ending Republican Trump’s leadership in the US. 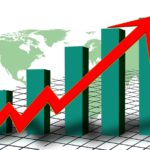