Petron Corp. is infusing around P3 billion to enhance its refinery operations in Bataan, after securing approval from the Authority of the Freeport Area of Bataan (AFAB) to register in the province’s freeport area, the company told the local bourse on Monday. “As part of its commitment to AFAB, the Company is expecting to undertake in the next five (5) years several capital investments amounting to nearly P3 billion to further improve the efficiency of the integrated operation of its Petron Bataan Refinery,” Petron said in a statement.

In a regulatory filing, Petron also confirmed that it was able to register as an enterprise of the Freeport Area of Bataan, and this would play a part in improving its financial durability. “The AFAB registration of the refinery facility of the Company will help make its refining business more competitive by improving its financial viability in the long run and address some of its major concerns,” Petron said.

Last month the company said that it would be temporarily halting operations of its 180,000-barrel-per-day crude oil refinery, the country’s sole facility of its kind, shortly after a competitor closed its own.

President and Chief Executive Officer Ramon S. Ang previously said that the oil company would be suspending its operations in its Limay, Bataan plant starting mid-January to reduce losses due to weak margins. On Monday, Petron told the Philippine Stock Exchange(PSE) that the refinery’s economic shutdown would proceed “early this year.” Energy Secretary Alfonso G. Cusi earlier said that the agency recognized the company’s decision to shutter its oil refinery as it was the firm’s business decision.

Mr. Cusi also said that he supported Petron’s proposal to turn its refinery into a special economic zone under the Philippine Economic Zone Authority. He added that the closure of the refinery would not affect oil supply.

Last October, Ang told reporters that Petron’s refinery was in danger of having to shut down permanently and that this could happen “very, very soon.”

A group of employees at the Limay refinery also called on officials of the local government to support a proposal to reclassify the refinery as part of the Freeport Area of Bataan.

According to Petron, permanent closure of the refinery would affect 1,000 workers directly employed as well as more than 2,500 others who work in at least 25 third-party service providers.

Petron reported that it had returned to profitability as it posted a P1.63 billion consolidated net income in Q3, which was mainly driven by retailing margins. In the second quarter last year, the company incurred losses of P9.36 billion. Shares in Petron on Monday improved 7.01% to close at P3.97 per share. 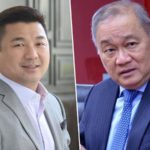 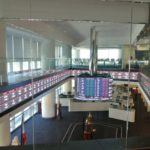 When is the best time to Buy and Sell Stocks? 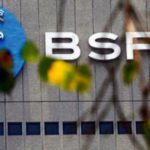