Business groups in Cebu have called on President Duterte to intervene in the approvals process for the P109-billion unsolicited proposal for the redevelopment of the Ninoy Aquino International Airport (NAIA). In a letter to President Rodrigo R. Duterte on Dec. 28, Cebu Association of Tourguides, Inc. President Mary Grace Melendres said Cebu’s experience with the Mactan-Cebu International Airport developed by Megawide and GMR Infrastructure Ltd. should be replicated at the NAIA. In a separate letter members of the Cebu Business Groups—composed of the Cebu Chamber of Commerce and the Mandaue Chamber of Commerce and Industry Inc.—backed Megawide Construction Corp. and partner GMR Infrastructure Ltd. in their bid to rehabilitate NAIA.

“We believe the sole purpose of this issue is to tarnish their reputation given the NAIA project and has nothing to do with the airport’s management,” Melendres said in the letter. She also called the two companies, which has been developing and operating the Mactan-Cebu International Airport (MCIA) for years now, as assets to the “advancing of Cebu’s tourism image as tourist arrivals greatly increased.”

“The solid partnership of Megawide and GMR has been an asset to Cebu boosting local tourism and the regional economy. MCIA excellent operations has provided jobs and livelihood to Cebuanos and business growth opportunities for local entrepreneurs that include us,” Melendres said.

In a separate letter to President Duterte, local supplier Vertical Difficult Access Solutions Inc. President Eduardo Solana Jr. said third-party partners of Megawide and GMR are “very much satisfied with how the MCIA is operated and managed.”

He said the cases filed against Megawide and GMR are nothing but complicating issues that inhibit the companies from quickly modernizing the old airport.

“The case is nothing more than a nuisance issue meant to tarnish the company’s reputation in connection to the private contractor’s Naia rehab bid,” he said.

In yet another letter, Prime Care Alpha Covid-19 Testing Laboratory Head James Peter S. Aznar said the modernization of the prime air hub is necessary not only to jumpstart the country’s tourism and economy.

A modernized airport, he said is “the first line of defense” in the fight against Covid-19.

“We strongly believe that Megawide and GMR are also the nation’s best bet to revive the glory of the country’s airports most especially the country’s primary gateway, the Ninoy Aquino International Airport,” Aznar said.

To recall, the Manila International Airport Authority (MIAA) revoked the original proponent status of Megawide for its P109-billion unsolicited proposal, after it found that the company could not allegedly fund the equity portion of the project.

Before the revocation, however, Megawide submitted various documents that support its claim that it can fund the project through its partnership with GMR, as well as the issuance of preferred shares to raise fresh capital for the airport project.

The consortium submitted these, including other requirements like a joint solidary agreement, on November 20 and December 1. The OPS of Megawide was revoked on December 15, after a December 4 meeting that based the revocation on the Neda’s earlier findings.

During a Senate hearing, Transportation Secretary Arthur P. Tugade said the consortium may file an appeal before the Miaa board, which will soon convene to discuss the merits of the motion for reconsideration.

The company filed a motion for reconsideration on December 21. Megawide has proposed to implement the P109-billion project between seven to five years in three phases.

The last phase will see the group building a rail-people mover system that will allow passengers to move from one terminal to another through an overhead railway system.

Should Megawide fail to win this appeal, the government has two more unsolicited proposals for the Naia lined up: one from Philippine Airports and Ground Services Inc. and another for San Miguel Corp. 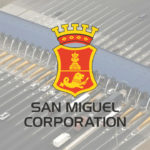