House legislative franchises panel chairman Franz Alvarez said on Monday that the House of Representatives has suspended the hearings on the ABS-CBN franchise renewal until next week, June 29, 2020. This is to give more time for the media network and other agencies concerned to present needed documents and allow lawmakers to examine the documents.

“Next Monday [is the next hearing]. We need more time [to] submit documents and [study the] documents,” Franz Alvarez told reporters in a text message.

The House panels on good government and public accountability and legislative franchises are supposed to continue its probe on the network’s franchise on Tuesday and Wednesday. The panels have so far conducted six hearings of the inquiry into the ABS-CBN’s franchise.

ABS-CBN franchise a “fishing expedition,” according to Buhay Rep. Lito Atienza in an earlier statement, he accused some of his colleagues of refusing to listen to “duly authorized” government agencies, which have already cleared the network from any constitutional violations.

Among the major issues left for debate is the ABS-CBN TVPlus, or the so-called “black box”, with many lawmakers expressing intent to ask questions about it. Sy-Alvarado said he and Alvarez make sure they give both sides equal time to ask questions and present their stands on the issue.

The Housed also tackled the legality of the return of ABS-CBN to Lopez family in 1986 and the unpaid debts of the company during these period.

The deliberations started on May 26 and were last held on June 17, tackling the citizenship of ABS-CBN chairman emeritus Eugenio “Gabby” Lopez III, the issuance of Philippine Deposit Receipts (PDRs) by ABS-CBN Holdings, the 50-year franchise limit and the network’s reacquisition of its assets. Source..

ABS-CBN went off-air on May 5 after the National Telecommunications Commission issued a cease and desist order against the network, citing lack of franchise. As the company continues to bleed because of the issue they might start cutting jobs in the coming months. 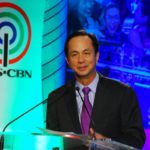