Unemployment spike due to quarantine Unemployment spike due to closure of businesses during the community quarantine is the reason for the climb to record-high unemployment rate last April, thus Finance Secretary Carlos Dominguez III believes the jump in the number of unemployed Filipinos is temporary.

Dominguez said the unemployment rate in the fourth month this year “is not due to any other reason other than the lockdown.” “So, there is no structural problem with our economy except that there was a decision made to lock down the economy in order to reduce the potential number of people who will get sick and die,” he said in a press briefing during the Sulong Pilipinas e-conference with the business community Monday.

“But definitely, the unemployment is a result of a drop in the GDP rather than the other way around,” he added

Socioeconomic Planning Secretary and National Economic and Development Authority (NEDA) director-general Karl Chua is confident that employment figures in the coming months will improve since the economy continues to ease up. Chua said the economy started this year with good sights, but the government needed to temporarily seal Luzon, which accounts for about 75 percent of the country’s total annual production, because of the pandemic.

In terms of domestic output, Chua said the second quarter “is likely to be worse” but cited that “since the start of June or the end of the second quarter, we have slowly shifted most of the country to GCQ (general community quarantine) or modified GCQ so the prospects, I think, are getting better.” “But that doesn’t mean we have to get off our guards. So, we will still have to maintain the minimum health standard.

We will still have to proactively manage the economy. And we will, on a very regular basis, look at all the economic indicators to inform us whether there shall be any change in our economic program for the year,” he said.

Chua said GDP this year will be defined by two important factors, namely the government’s pro-active policy to address the pandemic, as well as the public’s cooperation. “We have to work together. Otherwise, if one of us don’t do our share, then the recovery wouldn’t be as we expect. So, the cooperation of everyone is needed to achieve faster recovery as possible,” he added. More.. 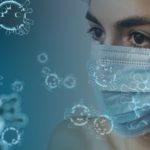 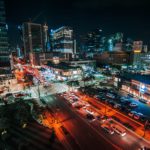 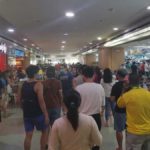