The Philippine government has increased allotted budget for 2021 infrastructure projects as the World Bank noted that the quality of road, power, and water infrastructure in the Philippines lagged behind those of ASEAN countries.

However, the updated 2021 infrastructure program is below the indicative amount of P1.18 trillion last May.

In a report, the World Bank said that in the Philippines, road-quality surveys showed that the quality of road infrastructure was perceived as very poor.

“Manila, in particular, is challenged by heavy congestion. Although surface conditions have improved, more than one in four roads has a poor surface condition, largely attributable to underinvestment and lack of maintenance, especially in rural areas,” according to the World Bank report titled “Infrastructure in Asia and the Pacific: Road Transport, Electricity, and Water and Sanitation Services in East Asia, South Asia and the Pacific Islands.”

The report is the World Bank’s first comprehensive stock-taking of infrastructure quality, supply levels as well as services affordability in the region.

As for electricity, the World Bank said that “although access is widespread and losses are low, energy consumption per capita is also very low” in the Philippines.

“This implies that generation capacity is inadequate to meet rapidly increasing demand,” the World Bank noted, even as “access in rural areas increased significantly in 2016 due to the government’s strategic rural-electrification program.”

“Overall, however, the country has limited access to water and sanitation, compared to regional averages. Moreover, the quality of water supplied and the levels of wastewater treatment are very poor,” the World Bank said.

We could see infrastructure projects to continue next year despite the pandemic the government is willing to spend more to boost growth, everybody expects the numbers to be bad but that is okay. We see our financial condition prevailing today despite the ongoing crisis. In the past, economic crises in the Philippines were always accompanied by a weaker peso and significantly higher interest rates, making it even more difficult for companies already suffering from weaker demand to stay afloat.

Quarantine measures are bad for the economy but we need it to protect our citizens, I believe the numbers are priced in already, despite the risk As Benjamin Graham, the father of value investing ,once said, “In the short run, the market is a voting machine but in the long run, it is a weighing machine.” As long as we know the value of what we are buying, we will eventually reap the reward of buying good stocks at cheap valuations. 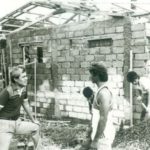 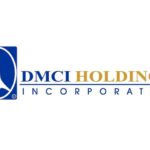